By The Things Industries

The Things Industries, a global LoRaWAN® service provider launches a secure device pre-provisioning platform with zero vendor lock-in and being operator agnostic. This was announced at The Things Conference in Amsterdam, with various manufacturers from the ecosystem showcasing their end devices using this service. 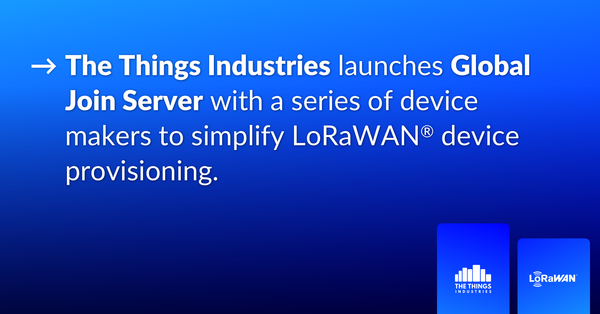 LoRaWAN is known for its ability to transmit small data packets over long distances in the unlicensed spectrum. Although it is not suitable for video transmission or image sharing, it is ideal for larger applications involving low-power sensors that send small amounts of data over long distances. Examples include automatic watering machines in the agricultural sector, intelligent lighting in industrial buildings, and meter reading in utilities. There are several reasons for LoRaWAN's interest in the low-power IoT market. Firstly, the standard is open, which means that anyone in the world can deploy their own network for their use case, they do not have to depend on telecom operators to set up the infrastructure. Second, because of its openness and the vast ecosystem of more than 500 companies, they work closely together and share their expertise to develop and promote the LoRaWAN standard.

What is a Join Server

Join Server is a component of the LoRaWAN server defined in the LoRa Alliance® specification, its role is to store root keys, generate session keys and to send those securely to the Network Server and Application Server of choice. The device contains the same root keys, which can be provisioned as part of the end-devices assembly, distribution or upon installation. The Things Industries offers to device makers, module makers and distributors a network agnostic, (self)hosted and optionally white-labelled Join Server. This allows for secure end-devices provisioning without network lock-in and knowing beforehand which network the end-user will select. No need for keeping several SKUs any longer. Manufacturers only need to provide the keys to the end-device in one safe place. After selling the device, the buyer uses a one-click device claiming procedure to transfer ownership in the Join Server. Subsequently, the owner can configure the device to any LoRaWAN compliant network. The end-user claims ownership through the device claiming procedure (web interface, API, or a QR code scanning app) and selects its preferred network and application server. This activation flow can be automated end-to-end. For the end-user, this makes the process of device activation more secure, faster, cheaper, less error-prone and more flexible at the same time giving the flexibility to switch network and application at any time.

We believe that security is for security and not for commercial vendor lock-in. We have build in features that will make sure that the device maker is never locked in to any network. Like for instance your sim card is doing in 4G/5G

The Join Server is now available for customers of The Things Industries, The Things Network users and customers of Senet. Prominent LoRaWAN device makers and systems integrators have access to the Global Join Server allowing them to securely provision their end devices. 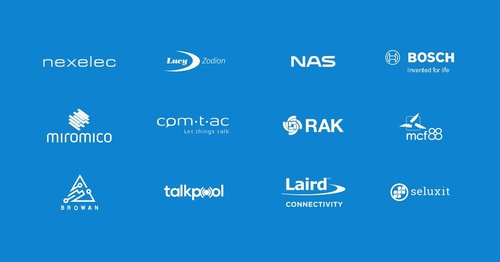 Furthermore, device makers and end-users can strengthen the authentication process by implementing a secure hardened key storage both at the node and in the LoRaWAN server. This prevents the exposure of authentication keys to software, firmware, manufacturing sites, end-users and other third parties. The secure elements from Microchip —ATECC608A-TNGLORA for The Things Stack is pre-provisioned with the corresponding authentication keys and provide a JIL “high” rated secure key storage to isolate keys in the nodes. This is especially valuable in LoRa systems that are based on a shared key security model and leverage a wide variety of traditional low-power microcontrollers.

How can we help you?

We've got your message! We will get back in touch with you soon.